MSVCP140.dll or VCRUNTIME140.dll Not Found for Origin in Windows 10

If you get an error message that says “MSVCP140.dll or VCRUNTIME140.dll was not found in Windows 10″ when you try to install or run Origin or any other software or game, try the following solutions listed below in this article.

The error message that relates to MSVCP140.dll or VCRUNTIME140.dll would usually appear as one of the followings.

No matter if you’re missing only one of the mentioned DLLs or both, the fixes below should help since they are part of the same Visual C++ Redistributable.

How to fix msvcp140.dll or vcruntime140.dll missing in Windows 10 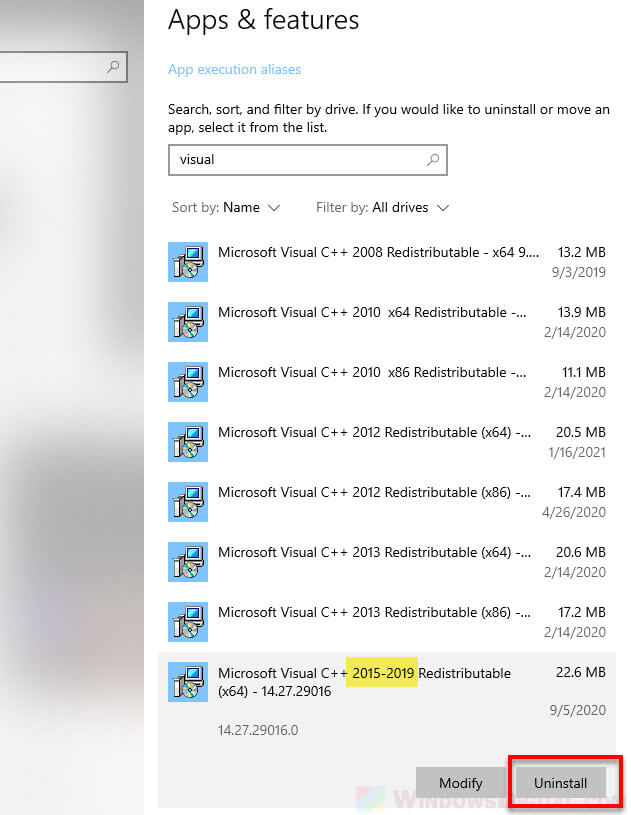 To reinstall VC Redistributable, download the latest version of Microsoft Visual C++ Redistributable package for 2015, 2017 and 2019 from this page. Select the vc_redist installer version (x86 or x64) that matches your Windows version (if you’re not sure, you can try to install both). 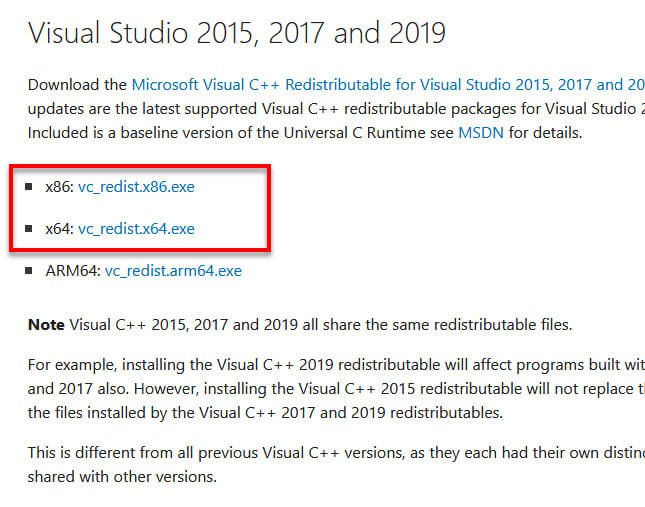 Screenshot taken from vc_redist download page in microsoft.com as of Feb 2021

Once downloaded, install it and then restart your PC. Try to run Origin again (or the whatever software that causes the error earlier) and see if it works now.

Some users have reported that the System File Check and Deployment Imaging and Servicing Management commands have helped to fix the MSVCP140.dll or VCRUNTIME140.dll missing issue in Windows 10.

SFC (System File Check) is able to automatically scan for corrupted and missing system files, and repair or replace them in Windows 10. To run SFC, in and elevated command prompt (search for “CMD” in Windows 10 search and run it as administrator), enter the following command. 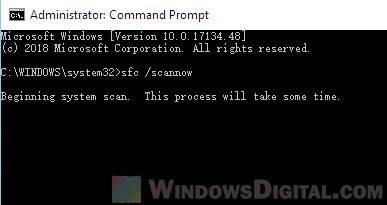 Deployment Imaging and Servicing Management (DISM) is a Windows built-in tool to automatically update files and correct services problems for your Windows 10 image. To run DISM, in command prompt, enter the following command. 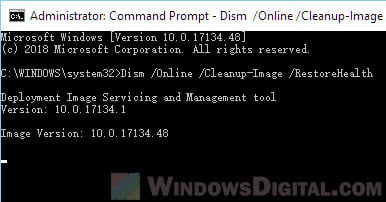 Once the commands are successfully executed and completed, restart your PC and try to run Origin or the problem software again.

Fix 3: Origin won’t open because MSVCP140.dll or VCRUNTIME140.dll is missing

If you’ve already installed Origin but it won’t open due to missing MSVCP140.dll or VCRUNTIME140.dll error, you can use the vcredist 2015 installation provided by Origin which you can find in your Origin installation directory.

Go to C:\Program Files (x86)\Origin via file explorer. In this directory, look for the following two files: 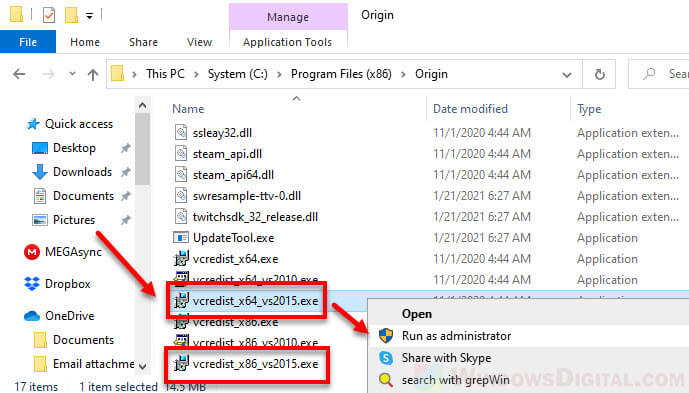 Run the one with the bit version that matches your Windows version. For example, if you’re running Windows 10 64-bit, run vcredist_x64_vs2015.exe. If you’re not sure if your Windows 10 is 64-bit or 32-bit, you can try to run both installers. 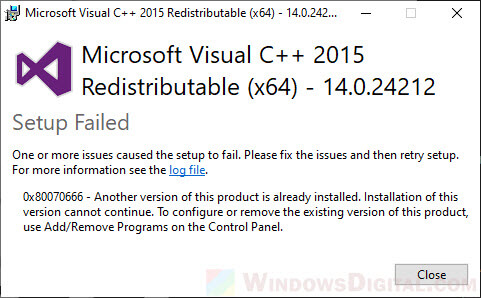 If you run into error that says “Setup Failed 0x80070666 Another version of this product is already installed”, you need to uninstall the existing Visual C++ Redistributable 2015 first. Follow the steps in the “Fix 1” section above to uninstall Visual C++ 2015 Redistributable. Once uninstalled, restart your PC and try to run the vcredist installation from the Origin folder again.

Tip: How to Move Origin Games to Another Drive Without Redownloading

Description for sharing: VCRUNTIME140.dll or MSVCP140.dll missing in Windows 10 when you try to run Origin or other software or game? Here's how to fix it. 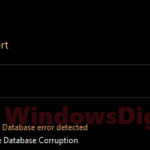 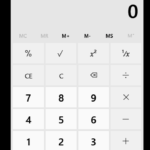 Most of us, the Windows users, would still rely on a few casual apps such as the Microsoft Calculator app in Windows 10 for our daily calculation needs. This post explains how to fix Windows 10 Calculator app not working or missing issue, particularly after a recent Windows Update. The […] 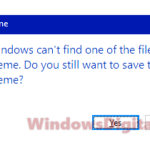 If you are getting random occurrence of the error message that reads “Save a Theme: Windows can’t find one of the files in this theme. Do you still want to save the theme” in Windows 10, here’s what this error is about and how to get rid of it. As […] 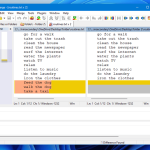 Backing up data and files is a norm in modern computing. When we backup our files and folders, we sometimes end up with two or more same folders that we are not sure which one is up to date. In such event, it is hard to decide which folder to […] 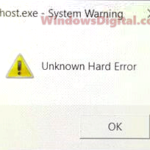