Majority of the games, like any other software, need to be installed in Windows in order to be played. In some rare cases, however, a game can still be played without being installed – by simply running the executable (exe) file in the game folder. This guide will show you how to properly uninstall a game on Windows 11.

Also see: How to Remove Xbox Game Bar From Windows 11

How to uninstall games on Windows 11 via Settings

Majority of the games that were installed on Windows 11 can be found in the App & features settings, regardless of how it was installed or which gaming platform it comes from. This method is the easiest approach to quickly find an installed game or app and uninstall it on Windows 11.

To do this, first press Win + i to open Settings. Select Apps from the left pane, and then select Apps & features on the right. 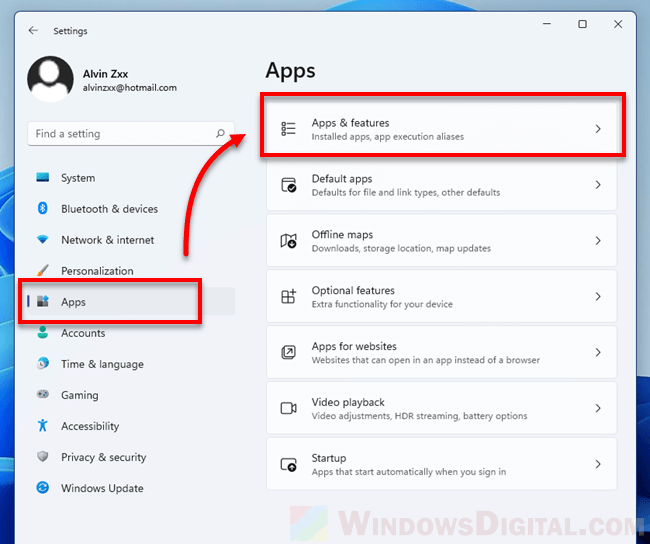 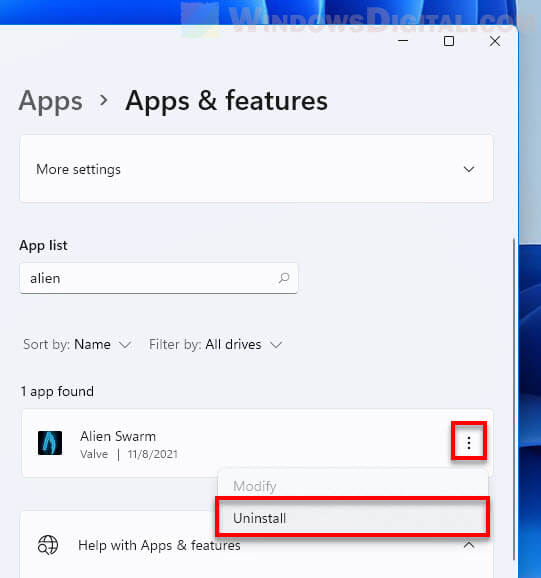 How to uninstall Epic games on Windows 11

To uninstall a game installed through Epic games, open the launcher and select Library from the left pane. From there, you can see a list of all games that your Epic games account owns and installed. Click the option button (triple-dotted icon) for the game you want to uninstall and select Uninstall. 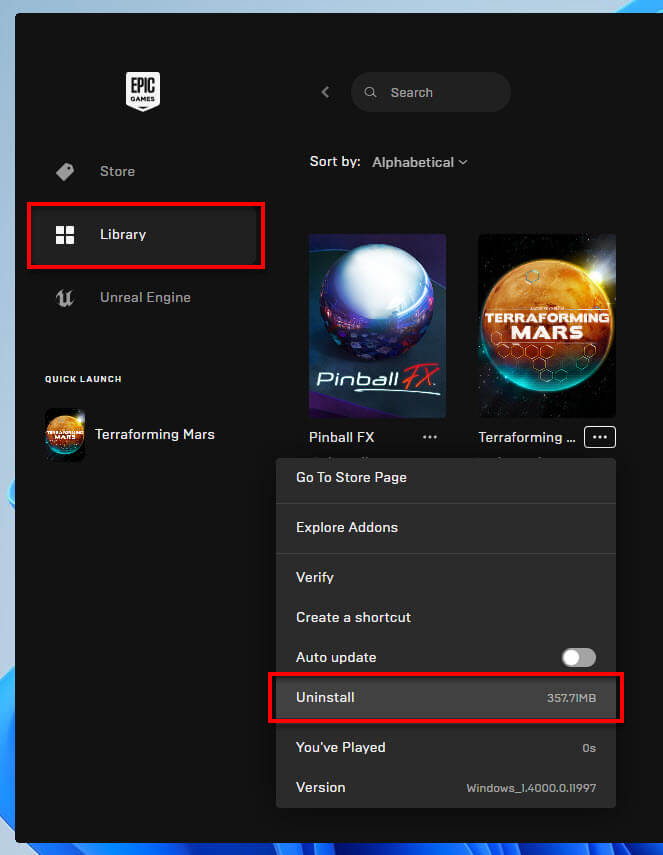 You can do so by going to Windows 11 Settings (Win + i) > Apps > Apps & features, search for “Epic games launcher” using the search bar under App list, then click the option button next it and select Uninstall. 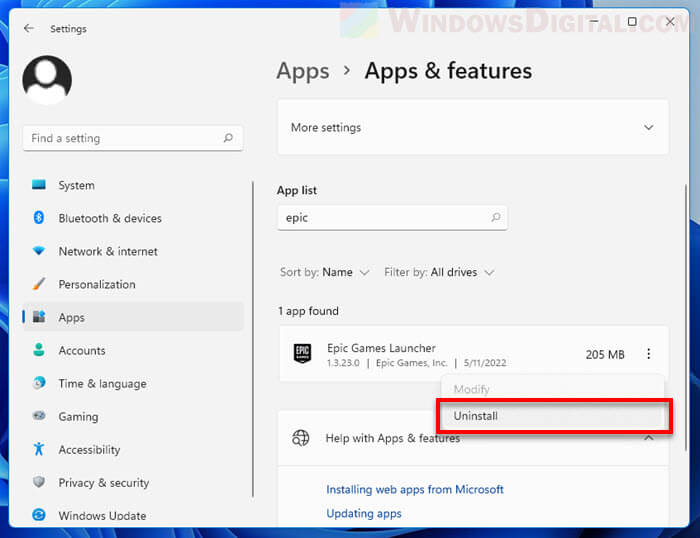 How to uninstall Steam games on Windows 11

Steam is a video game client and storefront by Valve. It is currently the most popular gaming platform in the world. It allows user to purchase and install games, discuss and review the games, and create workshop contents for any game in the Steam client. 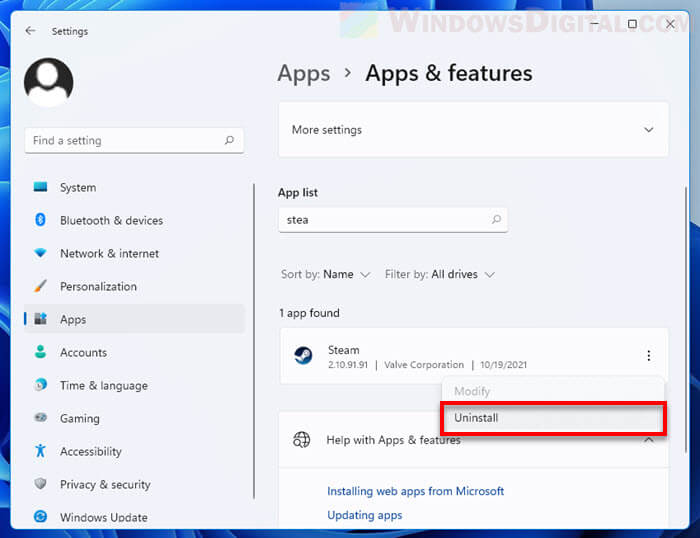 How to uninstall Origin games on Windows 11

Similar to Steam and Epic games, Origin is a gaming platform by EA games for buying, installing and playing games. Games installed through Origin can be uninstalled via the platform or via Windows 11 Settings > Apps & features.

To uninstall an Origin game on Windows 11, open Origin and sign into your account. Select My Game Library from the left pane, right-click the game you want to uninstall, then select Uninstall. 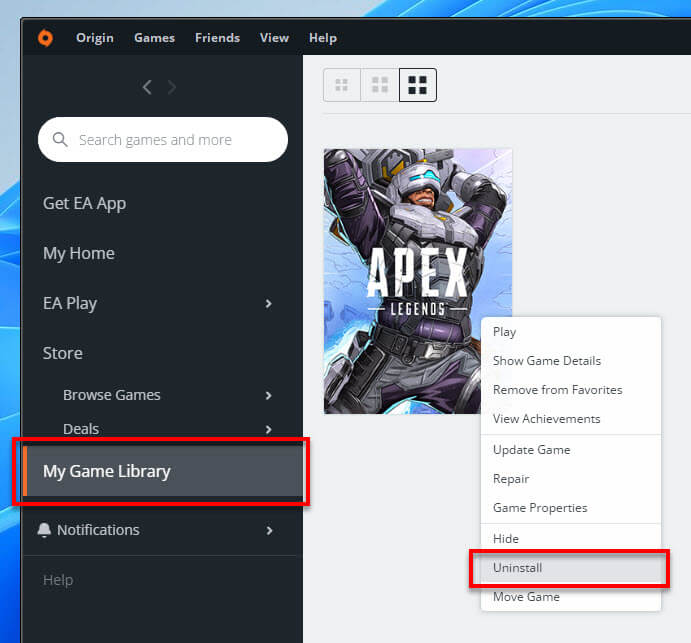 How to uninstall Microsoft Store games in Windows 11 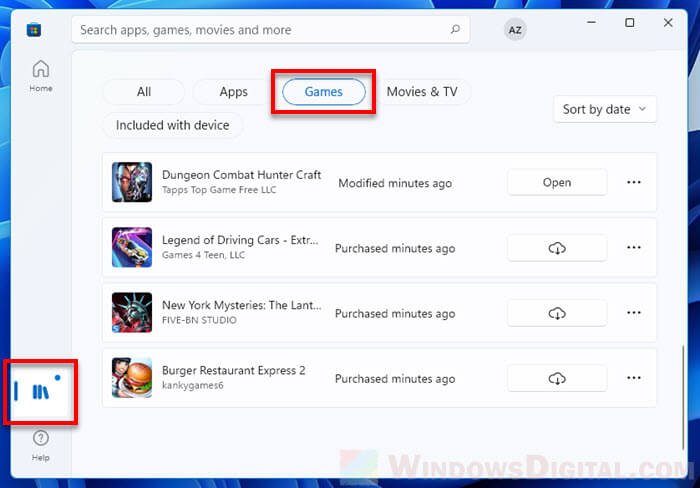 To uninstall any of the games installed through Microsoft Store, go to Settings (Win + i) > Apps > Apps & features. Look for the game under App list, click the menu button next to it and select Uninstall to uninstall the game. 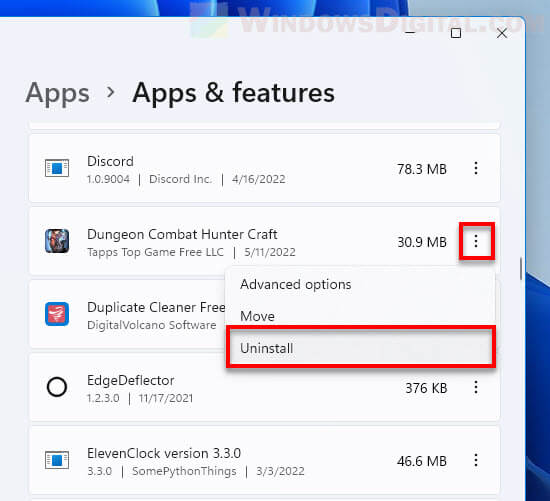 Can’t find the game under App list of anywhere else

If you cannot find the game under App list in Apps & features settings or any game platform or client, it means the game was not installed. Some games are playable (by directly running its exe launcher) without installing it.

Tip: How to Download Free Offline Games for PC (Windows 11)

Description for sharing: This guide shows you how to correctly uninstall games that were installed through Epic games, Steam, Origin or Microsoft Store on Windows 11. 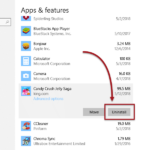 How to Uninstall Programs in Windows 10 More Easily Now (Updated)

In previous Windows 10 build, it was quite a hassle to uninstall any program. We would have to find the legacy add or remove programs tool from the control panel which doesn’t normally appear even when you search for uninstall program in Windows 10 start menu. In the new Windows […] 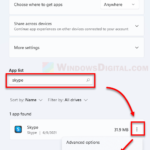 If you fresh install or upgrade to Windows 11 on a PC, Skype may come pre-installed with it. It is also one of the default apps that will be set to run on Startup in Windows 11. If you don’t use Skype, you can uninstall it or disable it from […] 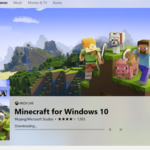 How to Update Minecraft Windows 10 Edition to Latest Version 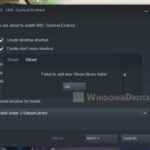 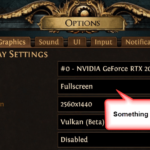