Also see: How to Fix Game Stuttering on Windows 11

This method works mostly on Laptop computers only. For desktop PC, scroll down to the next method. You can still try this method on your desktop PC. It will work provided if both GPUs can be seen in the options, which we will be showing later.

In Windows 10 or 11, there is a feature not known by many people that is extremely useful if you have both a dedicated GPU and an integrated graphics on your laptop PC.

If you want to force Chrome, Firefox or literally any app or game to use dedicated GPU (such as Nvidia or AMD) instead of Integrated graphics, or the other way round, here’s how you can select a GPU for an app to run on through graphics settings in Windows 10/11. 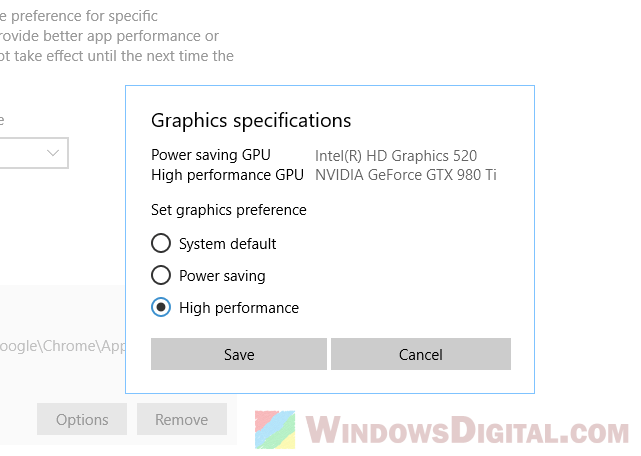 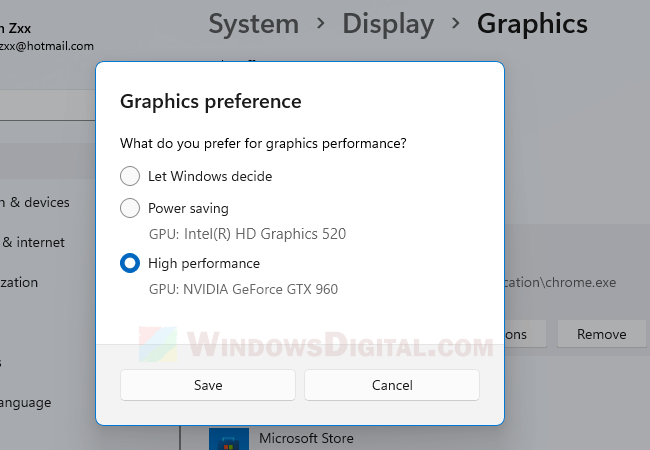 Suggested Guide: Turn on G-Sync or FreeSync in Windows 11 for better gaming experience.

If both GPU preference listed the same Nvidia or AMD GPU, as there is currently no way to change the GPU listed in the settings, try the next method instead.

Force any game to use Nvidia GPU or Integrated graphics

If you can’t find NVIDIA Control Panel, you need to update your graphics driver in Windows 11/10. 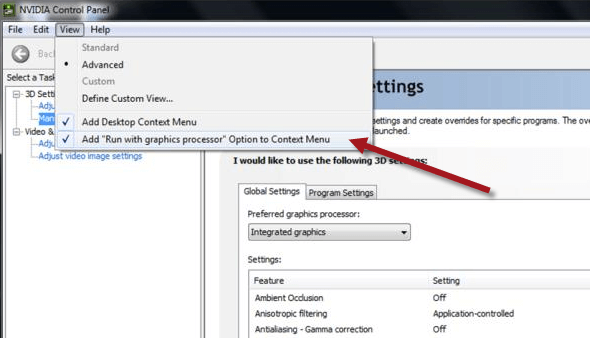 After enabling the option, you should be able to see the Run with graphics processor option when you right-click any app or game’s shortcut. You can then select either Nvidia GPU or integrated graphics to run the selected app. 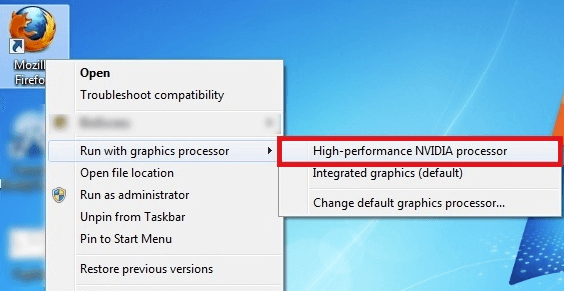 If you don’t see the option to add Run with graphics processor to the context menu in Nvidia Control Panel, it’s likely that your GPU chipset doesn’t support Nvidia Optimus Technology. Optimus Technology allows the Nvidia GPU to come into effect when needed. To check if your Nvidia graphic card supports this technology, go to this page. It has a list of all GPUs that supports Optimus Technology.

Besides, make sure that you have proper and latest driver installed for your GPU. Old drivers and out of date versions of Nvidia Control Panel may not have the option.

Tip: How to Check Graphics Card on Windows 11/10 (NVIDIA, AMD or Intel)

Description for sharing: This guide shows you how to force game or app to use dedicated GPU such as NVIDIA or AMD, or Integrated Graphics on Windows 11/10. 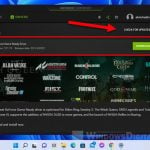 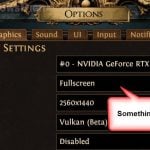 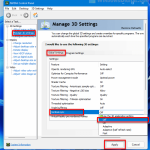 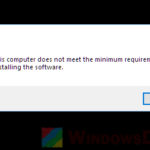 Intel HD Graphics: This computer does not meet the minimum requirements

When you try to install driver for the onboard integrated GPU, the Intel HD Graphics, Windows 10 shows an error message that reads “This computer does not meet the minimum requirements for installing the software” upon running the setup.exe. This guide will show you how to get around the error […] 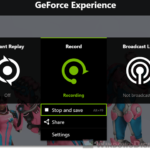 If you have issue with Xbox Game Bar and want to record screen and audio on Windows 11 or Windows 10 without relying on any other unknown software, you can try to use NVIDIA Share (formerly known as NVIDIA Shadowplay). NVIDIA Share is part of NVIDIA Geforce Experience – a […]