If the Ethernet Network status window shows you 100 Mbps (sometimes 10 Mbps) as the speed value, and you are attempting to change it to 1 Gbps, this guide will show you why you are seeing 100 Mbps instead of 1 Gbps and what you can do to upgrade your network to Gigabit Ethernet.

The internet speed available today, in most countries, can range from 10 Mbps to 10 Gbps. 100 Mbps to 1 Gbps are the most common range of fiber broadband speeds provided by most ISPs in the world. When you upgrade your broadband to, for example, 1 Gbps, you don’t always get the 1 Gbps if your hardware doesn’t meet the requirement.

The speed value in the Ethernet status window in Windows 10 or Windows 11 shows only the maximum speed your hardware can achieve. As a matter of fact, you cannot change the value manually yourself. It will automatically adapt and change to the highest supported speed value based on the connected hardware, from your Ethernet LAN adapter, to the cable, the router and the BTU modem.

In other words, all of the mentioned hardware have to meet the requirement to support 1 Gbps bandwidth in order for your adapter to show and actually run on 1 Gbps. If either one of the hardware supports only up to 100 Mbps, your speed will be capped at 100 Mbps regardless of how fast and powerful your other hardware are (sometimes can be as slow as 10 Mbps if you have an antique hardware part). Here’s a list of hardware that will affect the internet speed.

The most common reason that the Ethernet status shows only 100 Mbps is that you are using a Cat5 or older Ethernet cable instead of the newer Cat5e or Cat6 cable. Cat5 cable supports only up to 100 Mbps, whereas a Cat5e cable can support up to 1 Gbps and Cat6 up to 10 Gbps.

If your ISP is providing you with internet speed of faster than 100 Mbps, you may have to check on your Ethernet cable and make sure they are at least Cat5e cable (preferably Cat6) for Gigabit connection.

Most PCIe or USB Ethernet adapters or the on-board built-in adapters in recent years usually support Gigabit connection. If yours is not too old, it should support Gbps connection. You can do a search of your adapter’s name on any search engine to look for the maximum speed it supports. 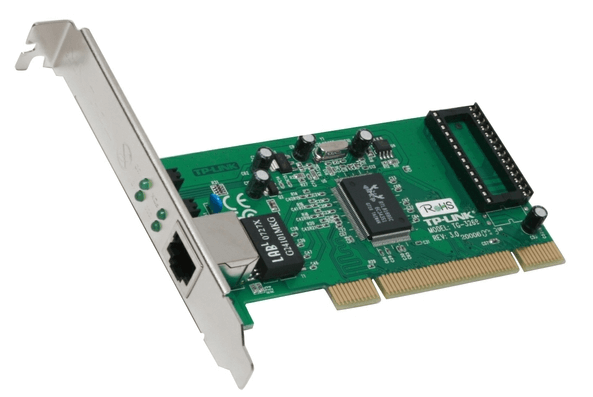 Router is among the most common reasons your internet speed is capped at 100 Mbps despite your ISP is actually giving you more. Some old routers, even those that were released few years back are still supporting only up to 10/100 Mbps. Some would show 300 Mbps but the port is still capped at 100 Mbps. You will need a Gigabit supported router for speed faster than 100 Mbps. An example of this would be the D-link DIR-615 (supports only up to 100 Mbps) vs DIR-895L (Gigabit router).

The BTU modem can also be one of the reasons your speed capped at 100 Mbps. BTU modem is usually supplied by your ISP. You will have to contact them to see if it’s able to support the speed you get from them.

The speed value in the Ethernet status window will show 1 Gbps only if ALL of the devices mentioned above support the speed. If let’s say the cable was the issue and you have finally switched to Cat6 cable, the value should automatically be changed to 1 Gbps when all the hardware have what it takes to run at the speed.

Please know that this whole article is all about LAN Wired connection only, not about Wireless or WiFi. Wireless and WiFi connection speed has a different cap based on different hardware such as the WiFi adapter.

Description for sharing: Are you trying to change the Ethernet status speed from 100 Mbps to 1 Gbps? Here's what you need to know about the Ethernet speed value. 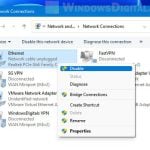 Ethernet Not Working in Windows 11 (Fix)

Ethernet network connection often refers to wired network connection which is usually connected using LAN cables. While the cause of any Ethernet related issue can be very vast and varied, the solutions are often the same. In this guide, we will show you several fixes and workarounds to fix Ethernet […] 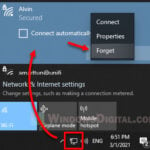 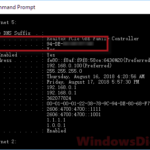 Each network adapter will have its own unique hardware ID known as MAC address. In general, MAC address of a hardware cannot be modified or changed in any way. If you ever need to know the MAC address of your network device, here’s how to find MAC address on Windows […] 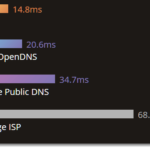 What is DNS and why should you change it? There has always been a debate whether if you should change the DNS for every device you own. Well, first, you will have to know what actually is DNS and why changing it would benefit you. In simple words, DNS works […] 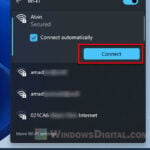