Sync Files Between Two Folders or Computers in Windows 11/10

It is always a best practice to backup important data regularly, or preferably in real-time, to prevent data loss due to unforeseen circumstances such as hard disk failure. One of the best methods to backup your files locally is by syncing the files between two folders in two different drives.

In that way, if one of the drives fails, you would have a complete backup on the other. This short tutorial will show you how to sync files between two folders in Windows 11 or Windows 10 easily using a free tool called DSyncronize.

Tip: If you want to quickly sync your files as a backup measure without much hassle, we recommend to just use a cloud storage syncing solution such as Dropbox, Google Drive or OneDrive.

However, most of these cloud storage services are free for only the first few gigabytes of cloud storage. Once you reached the free limit, you will have to pay a fee in the form of subscription for more storage size. Well, if you have a rather huge folder you want to sync and don’t feel like paying, use the method below to sync files between two folders locally instead.

Synchronizing files between folders on different drives or multiple computers in the same network isn’t an easy task to accomplish. There is currently no built-in tool in Windows 11/10 that is able to achieve this. We will have to rely on a third party software to help us in this matter.

Among all the free file syncing software, we recommend DSynchronize because of its extremely easy to use and user friendly interface (unlike many others which have rather complicated and difficult GUI).

Since it’s a portable software, you don’t need to install anything. Just unzip the downloaded zip file onto a folder and launch the DSynchronize.exe (recommended to run as administrator to prevent insufficient privileges issue) from the extracted folder to start using the software. 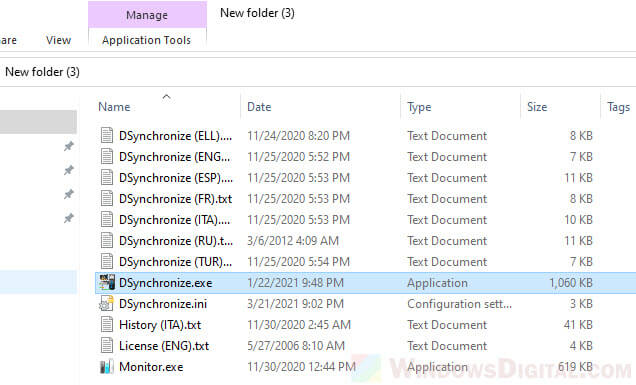 How to sync files between two folders from different drives

Assuming you want to sync files between two folders on two different drives, here’s how to quickly do it in DSynchronize.

In the DSynchronize window, add a source by right-clicking anywhere in the Sources area, then select Browse. Browse to the folder which you want to sync (the folder that contains the important files you want to backup), and then click OK to add the folder as the source. 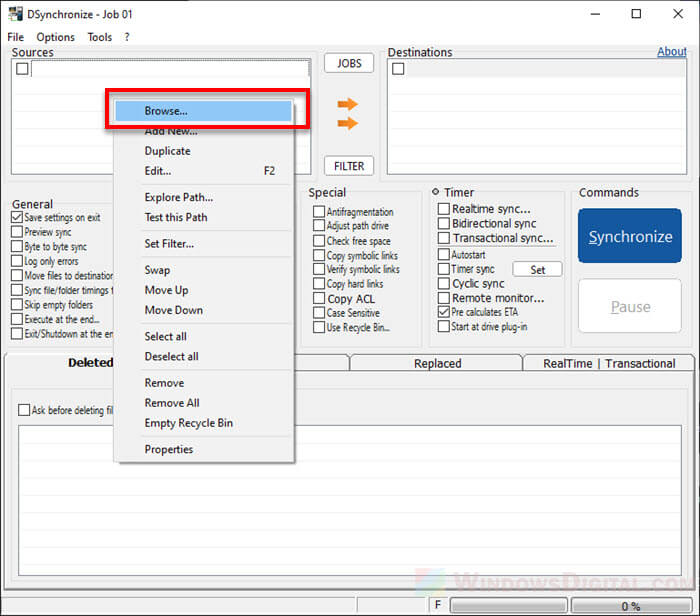 Note: Make sure the destination folder is empty, otherwise anything in it will be deleted if the source folder doesn’t have those files.

Click to check the checkboxes of the source(s) and destination(s) folders you’ve added.

To begin syncing the files between the two folders now, click on the Synchronize button. 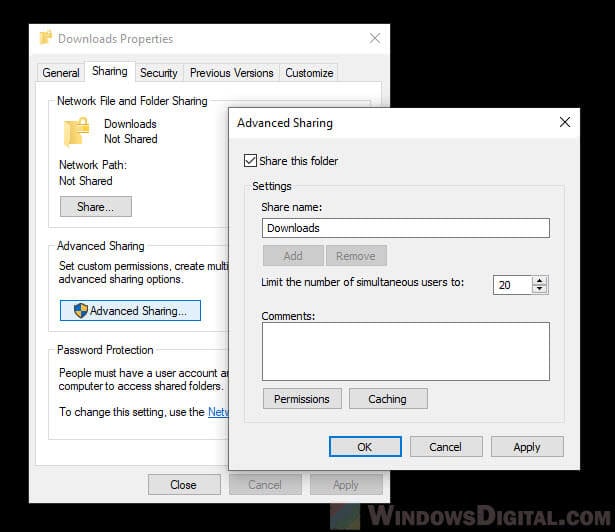 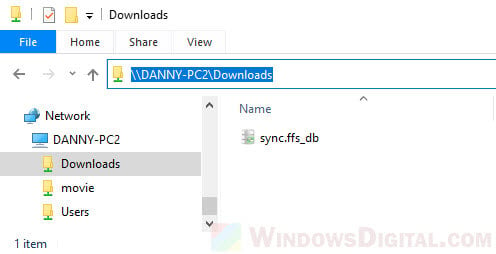 Now, in DSynchronize, manually add the destination folder by double-clicking on the empty area in the Destinations box, then paste (or manually enter) the full path of the network folder you’ve copied earlier. 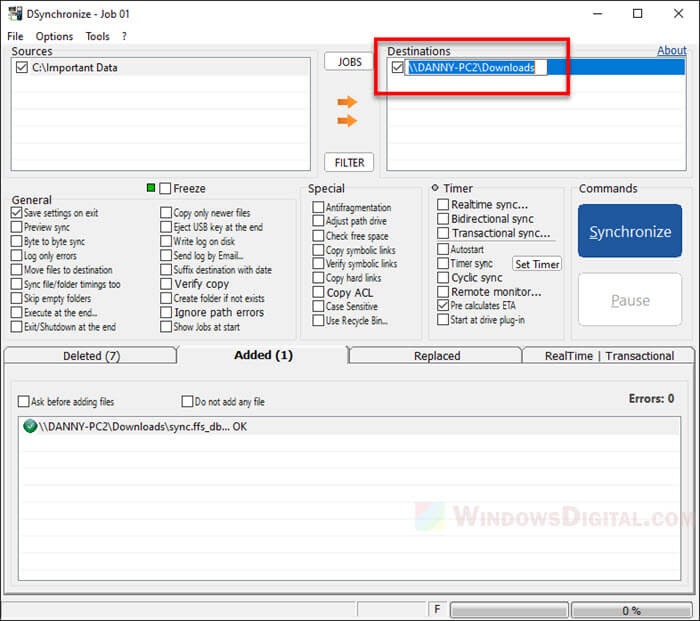 Click on the Synchronize button to begin syncing the files between the two folders from two different computers.

You can repeat the steps to add multiple destinations to sync folders across multiple computers in Windows 11/10.

How to allow automatic real time syncing in DSynchronize

To set up automatic real time sync, enable the “Realtime sync” checkbox in DSynchronize. From now onward, whenever you make changes from either folder, it will be synced immediately in real time. 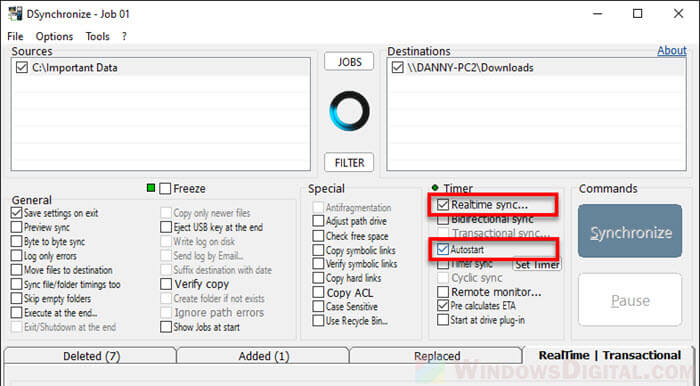 How to sync files between multiple sources or destinations

DSynchronize takes each line of source to destination as one syncing job. You can set multiple sources or destinations by adding more folders to them. 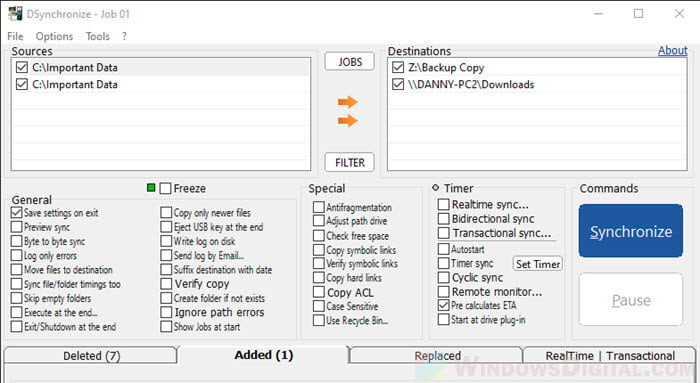 Be sure to also check out other optional configurations under “General” and “Special” which you may find useful at some point of time later as you use the software.

Tip: No duplicate warning when copy or move files and folders in Windows 10

Description for sharing: Looking for free and easy solution to sync files between two folders or multiple computers in Windows 11/10? Here's how to quickly do it. 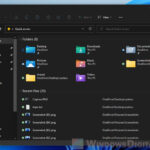 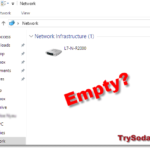 Network Computers Not Showing Up in Windows 10 After Update

If you have updated to the Windows 10 April update v1803 (or the recent Windows 10 October 2018 Update), you may have the problem which the network computers that usually appear in your Network folder suddenly gone missing after the update. Even the entire HomeGroup or Workgroup are now missing. […] 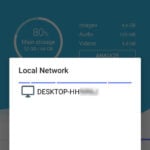 There are many ways to share files and folders between Android and Windows 11/10 PC. Most methods require you to physically connect the two devices via USB. In this guide, we will show you how to share files from Android to PC or PC to Android wirelessly (using WiFi) without […] 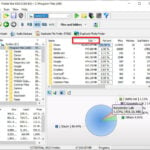 There are often times we need to sort files by size and we can do it just fine in the Windows File Explorer. However, when it comes to dealing with folders, there is currently still no way to sort folders by their sizes after decades and many versions of Windows […] 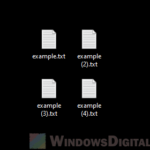 Copy But Keep Both Files Option Missing in Windows 10

In previous versions of Windows, when you copy or move a file to a location where another file with an identical name already exists, Windows will prompt you to select an action to be taken – if you want to Replace or overwrite the file, to cancel and skip this […]