How to Add Notepad to Desktop in Windows 11

Notepad is an excellent app for quickly taking notes or writing relatively short text documents that you want to save as a plain text file. It is a built-in basic text editor that comes preinstalled in every Windows OS version up to the latest Windows 11.

Notepad does not have a desktop shortcut on Windows by default. To access Notepad like how we usually would, we will have to either launch it from the Start menu’s “All apps” section or manually search for the app via the Start search bar. 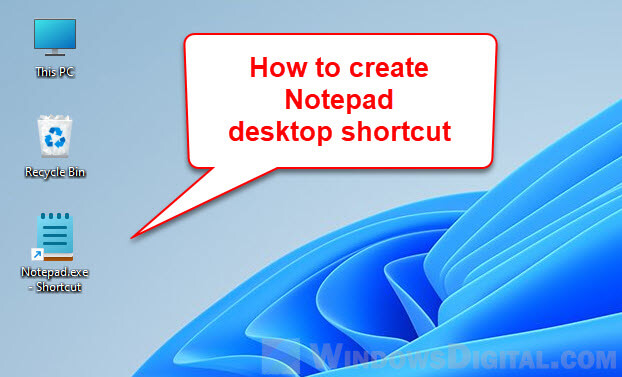 Also see: How to Recover Unsaved Notepad in Windows 11

How to put Notepad on Desktop Windows 11

The instruction below will show you how to create Notepad icon on desktop in Windows 11, so that you can quickly open Notepad from its desktop shortcut icon instead of having to open it through the Start menu.

To put Notepad on desktop in Windows 11, follow the steps below.

Related: How to Create “This PC” Shortcut on Desktop in Windows 11

Alternatively, you can also pin Notepad to the taskbar for even quicker launching (basically with a single-click on the Notepad icon). You can do so by first searching for Notepad via the Start menu. Then, right-click Notepad from the search result and select “Pin to taskbar“. 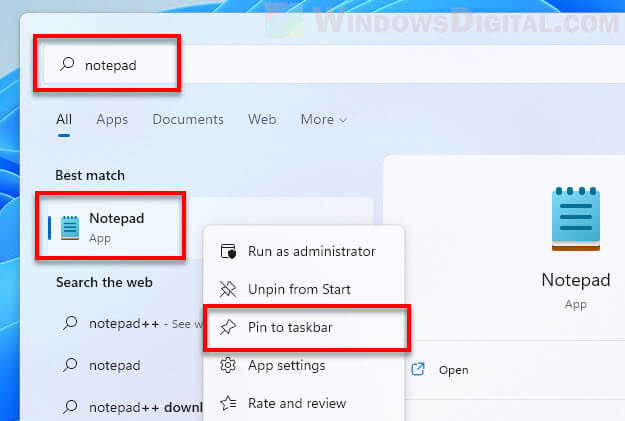 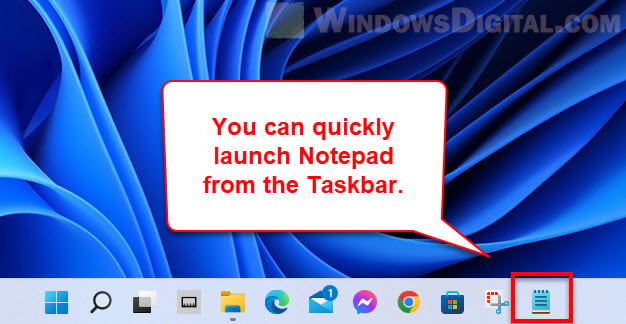 Another method to quickly launch Notepad would be to pin the app to the Pinned section in the Start menu on Windows 11. Though it may not be as efficient as the other methods mentioned previously, it is still a faster method than manually searching for the Notepad app and launching it through the Start menu.

When you open the Start menu in Windows 11, you will see a section called Pinned. This is the area where all the apps you have pinned to Start appear. To pin Notepad to Start, search for Notepad in the Start menu. Next, right-click the app and select “Pin to Start“. Tip: How to Add Microsoft Store App to Desktop in Windows 11

Description for sharing: This short guide shows you how to quickly put Notepad on Desktop in Windows 11 (creating a desktop shortcut for Notepad) for quicker access. 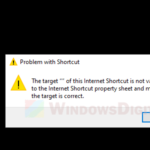 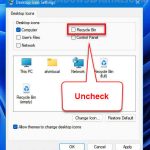 How to Remove Recycle Bin From Desktop in Windows 11 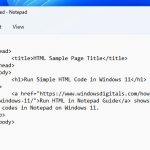 How to Run HTML Code in Notepad Windows 11

HTML, which stands for Hyper Text Markup Language, is a type of standard language used for creating web pages. A HTML file basically describes the structure of a webpage. It can also include other technologies such as CSS (Cascading Style Sheets) which handles styling and designs for elements such as […] 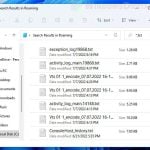 How to Recover Unsaved Notepad in Windows 11

Notepad and Notepad++ are both useful apps for quickly jotting down notes, reminders or ideas, and saving the notes as a text file. Though it’s a best practice to always save our notes every now and then to avoid losing them, there are times we accidentally close unsaved notepad or […] 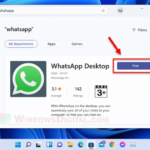 How to Download and Use WhatsApp Desktop on Windows 11 PC

WhatsApp is one of the most used instant messaging apps in the world. It was first introduced as a mobile app for smartphones and other mobile devices. After some time, WhatsApp Web was also made available to the users, allowing them to access WhatsApp using any browser on their Windows […]