How to Remove “Recommended” From Start Menu in Windows 11

In Windows 11, there is a new feature in the Start menu called Recommended. The Recommended section will show a few of your most recently opened files and apps. It makes it a lot easier for users to access to their recent files quickly by simply going into Start menu.

However, many would prefer to not show their recently opened items due to privacy reason, especially when they share their computers with others. This guide will show you how to clear, remove or disable the Recommended list from the Start menu on Windows 11. 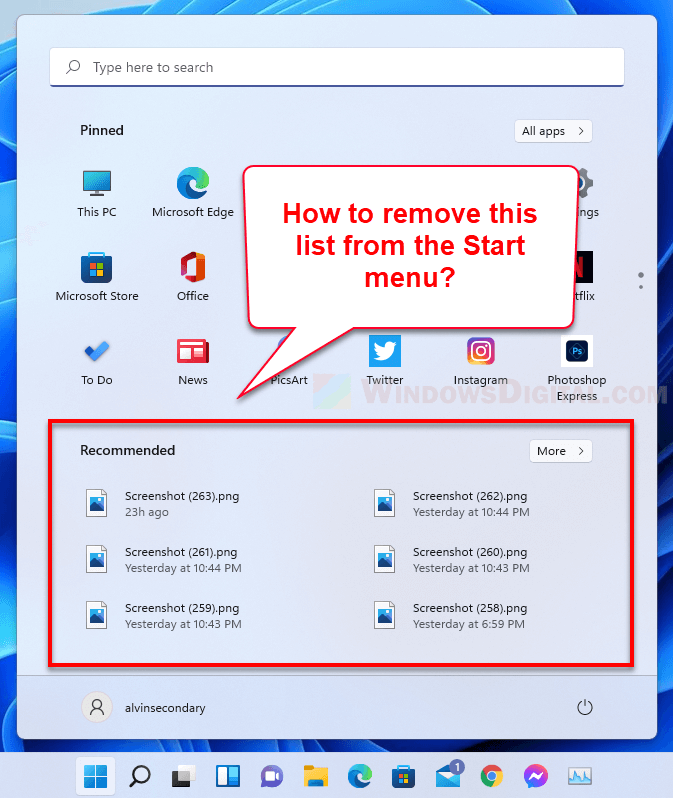 The Recommended list can show up to 6 recent files or apps on the default Start menu interface. Upon clicking on the “More” button next to Recommended, the Start will show a further list of 20 recently opened files and apps. 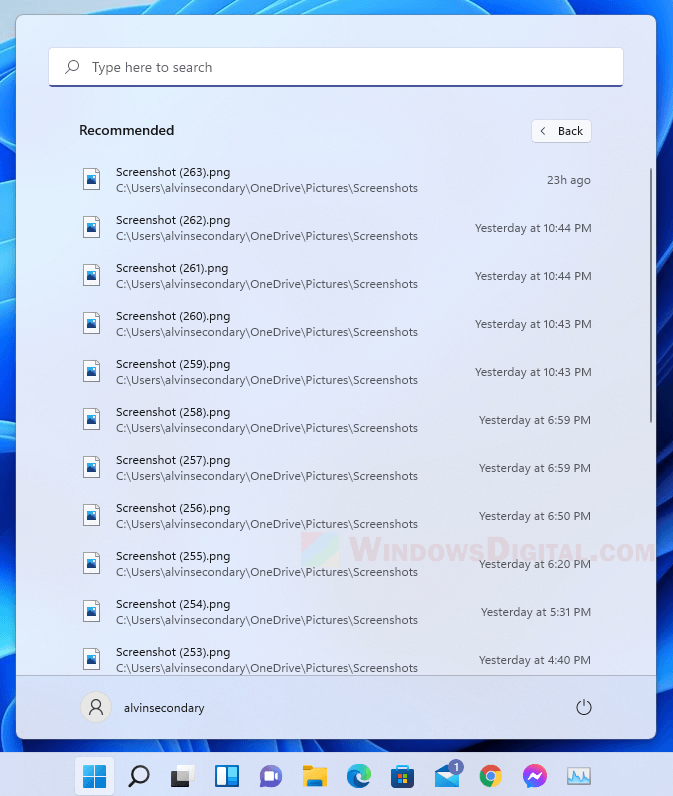 How to disable/remove Recommended from Start menu in Windows 11

The instruction below will completely disable the Recommended feature which stops it from showing any recently opened file. Follow the steps below to proceed.

Now, check on the start menu again. The list of your recently opened items and apps should be disappeared and instead replaced with a message – “To show your recent files and new apps, turn them on in Start settings“. However, the Recommended section will remain but it won’t show any of your recently opened files or apps anymore in the future unless you turn the options back on again. 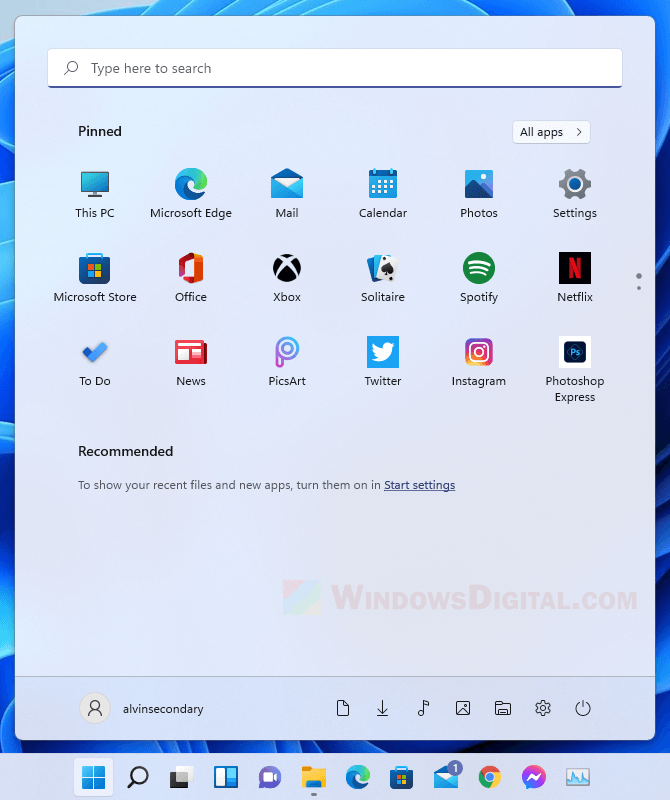 Disabling the “Show recently opened items in Start, Jump Lists, and File Explorer” option also stops the recent files from being shown in the File Explorer and Jump Lists. A jump list is a list of recent files you opened with a selected app when you right-click on that particular app on the taskbar.

For those who only want to clear the Recommended list (recent files) without disabling the feature entirely, here’s how you can do it.

To clear the Recommended list in the Windows 11 Start menu, repeat step 1 to 4 in the instructions above to turn off the “Show recently opened items in Start, Jump Lists, and File Explorer” option. Then, turn it back on again.

When the Recommended feature is turned on again, it will start afresh and collect your recently opened items from zero.

Description for sharing: This guide will show you how to disable Recommended in Start menu on Windows 11, or clear the Recommended list without removing the feature. 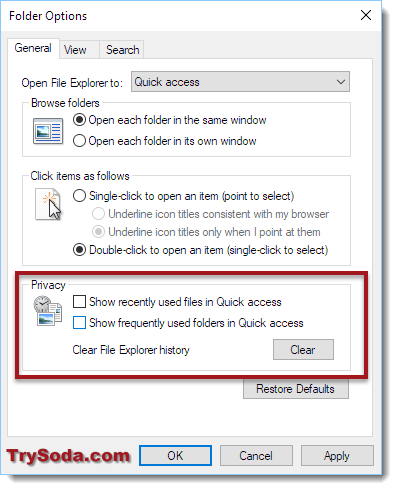 The recent files feature is meant to be a useful feature that allows users to quickly open their recently accessed files from the Quick Access window. It’s especially helpful for people who are forgetful and can’t remember the locations of their files. However, there are a portion of people who […] 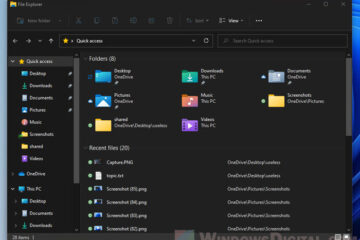 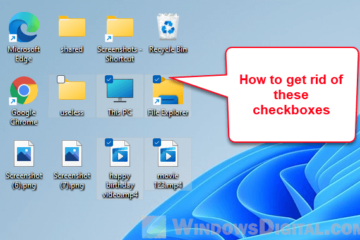 How to Remove Checkboxes From Icons in Windows 11

If you see checkboxes (tick box, check mark) on each of your files and folders icons on the desktop or in File Explorer, this guide will show you how to remove the checkboxes from the icons in Windows 11. Why is there a check mark on my desktop icons? The […]

One of the most noticeable changes in Windows 11 is that the usual Windows start menu and all of the taskbar icons are now aligned to the center of the taskbar by default, offering an entirely new user experience. If you find this change uncomfortable, you can actually align the […] 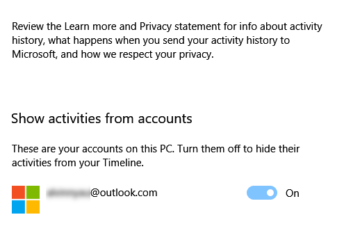 How to Clear Timeline Activity History in Windows 10

The Windows 10 April 2018 update 1803 introduces timeline feature – a place that stores your past activities and allows you to go back to them and continue where you left off. These timeline activities history may get clogged up as time passes and may need a cleanup. This guide […] 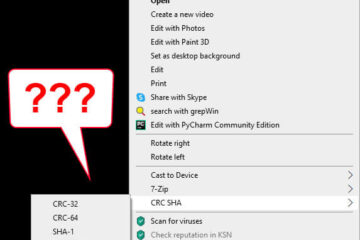 What is CRC SHA on right click menu in Windows 10? How to remove it?

When you right click on a file or folder, you see an option in the context menu that reads “CRC SHA” along with other options such as CRC-32, CRC-64, SHA-1 and SHA256 when you mouse over to it. What are these options that suddenly appear on the context menu in […]