How to Show Hidden Icons on The Taskbar in Windows 11

Icons are hidden by default so that your taskbar does not get flooded by massive amount of icons as you use your computer. However, some icons do provide crucial information with its appearance such as those that would change its colors based on the app’s status and more. Additionally, some icons also requires frequent interactions with users.

It would be more convenient to set these icons to always show on the taskbar instead of hiding them in the overflow menu. Therefore, Windows 11 provides a way for users to show or hide any icon you want on the taskbar corner.

Show hidden icons on the taskbar in Windows 11

To show an icon that is hidden by default on the taskbar corner in Windows 11, follow the steps below.

First, right-click anywhere on the taskbar and select Taskbar settings. Alternatively, you can press Win + i keys to open Settings and navigate to Personalization > Taskbar. 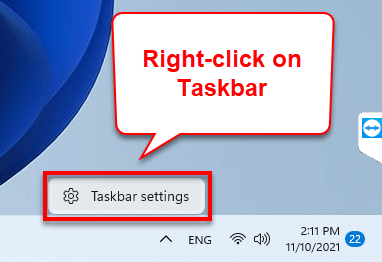 Next, scroll down the settings page and click on Taskbar corner overflow to expand the section.

To show an icon on the taskbar corner instead of hiding it in the overflow menu, click on the toggle button for the icon to turn it on.

Show or hide system icons such as Touch keyboard

To show or hide certain system icons such as the Pen menu, Touch keyboard and Virtual touchpad icon, right-click on the taskbar and select Taskbar settings.

Next, click on Taskbar corner icons to expand it. Then, click on the toggle button to turn on the icons you want to show on the taskbar corner.

How to show or hide Taskbar buttons such as Search

If it is taskbar buttons that you would like to show or hide on the taskbar, for apps buttons that were previously pinned to the taskbar, you can unpin them by right-clicking the buttons and select Unpin from taskbar.

As for some system taskbar items such as Search, Task view, Widgets and Chat, you can show or hide them via the Taskbar settings. To do so, right-click on taskbar and select Taskbar settings. 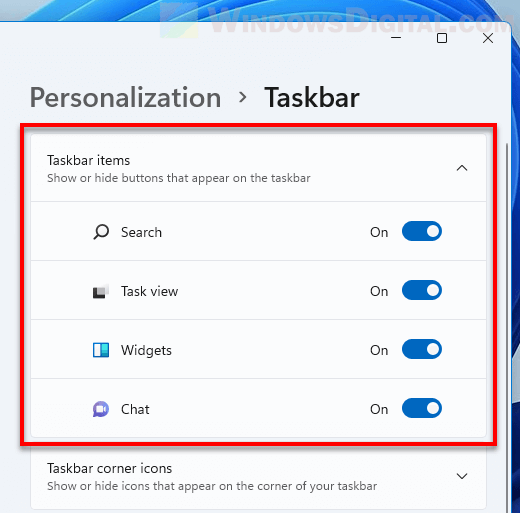 Next, click on Taskbar items to expand it and turn on or off for buttons that you would like to show or hide respectively.

Tip: How to Hide or Show Desktop Icons in Windows 10 (All or Some Icons) 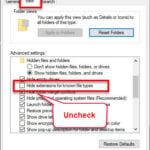 Each file has its own extension that identifies what file type the file is. File extensions are hidden by default in Windows 10 and all other versions of Windows. This quick tutorial will show you how to unhide / show hidden file name extensions in Windows 10 file explorer. The […] 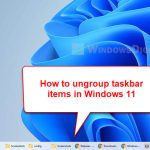 Windows 11 introduces a new and simplified UI which includes many changes to the taskbar. Icons and Start menu being aligned to the center by default and items by a same app are always combined and grouped are among the most obvious changes on the taskbar. Windows 11 does offer […] 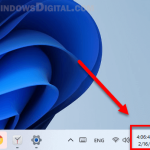 How to Show Seconds in Windows 11 System Clock

Windows 11 comes with a huge design overhaul which changes the look and feel of the Start menu, taskbar, desktop, etc. This includes the way Windows 11 shows the system clock on the taskbar. In Windows 10, we can quickly apply a registry tweak to enable seconds to show on […] 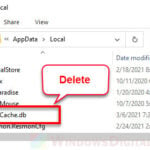 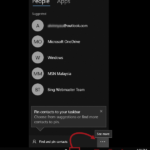 How To Remove The People Icon From Windows 10 Taskbar

The People app works like a friend list in Windows 10 which allows you to add up to 10 contacts to the app. You can quickly Skype or email any of these friends all from a single button on your taskbar, along with interesting features such as the ability to […]