DirectX acts as a middle interface to allow communication between Windows and multimedia programs such as games so that they would work. DirectX exists since many version of Windows ago. As Microsoft Windows OS advances, DirectX also improves relatively, evolving from DirectX 9 all the way to DirectX 12 now. So, what about DirectX 11 download Windows 10 64 bit offline installer?

This post explains why you shouldn’t be looking to download DirectX 11 Windows 10 64 bit offline installer if you’re already running Windows 10.

If you’re running Windows 10 on your PC, DirectX 12 is by default already installed which comes with your Windows 10 installation. You shouldn’t have to worry about DirectX download, especially any older version of DirectX such as DirectX 11.

DirectX version is backward compatible, which means that DirectX 12 includes everything its predecessors have combined. For example, games that requires DirectX 11 to run will run just fine in Windows 10 with DirectX 12.

For any application or game that ask for DirectX 11 download Windows 10 64 bit Offline Installer, as long as you are running the game on a Windows 10 system, it should run just fine.

Even if there is a problem with the game, it shouldn’t relate to DirectX as DirectX 12 coexist with Windows 10. That said, you shouldn’t be looking to download DirectX 11 Windows 10 64 bit Offline Installer since you already have the latest DirectX version in your PC if you’re using Windows 10.

If your game has a problem, troubleshoot your game further and look at other possibilities that cause the problem, such as updating your graphic driver, instead of trying to mess with DirectX.

What is the latest DirectX version for Windows 10

As we have mentioned, for Windows 10, the latest DirectX version is DirectX 12. For more info about DirectX 12, read: Download DirectX 12 for Games in Windows 10 64-bit. 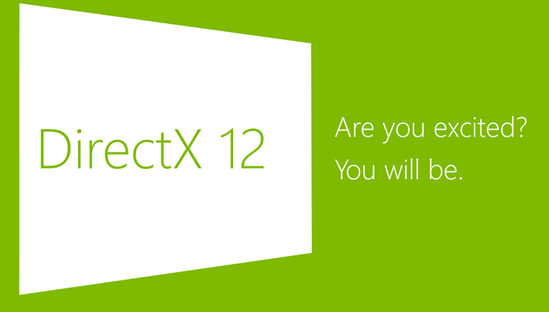 Like mentioned, DirectX 12 comes preinstalled in Windows 10. It is literally not possible to not have DirectX in a Windows 10 PC. 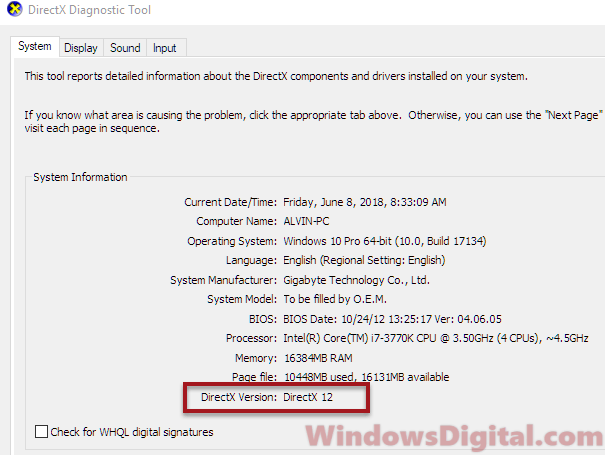 How to downgrade DirectX 12 to DirectX 11

When you forcefully try to download and install DirectX 11 64 bit offline installer in Windows 10, it will always return an error code and won’t continue.

DirectX 11 was first made available in Windows Vista. It is then also supported in Windows 7 and Windows 8. Below is a list of DirectX 11 64 bit offline installer download link for their respective supported Windows version.

Alternatively, you can also use the DirectX End-User Runtime Web Installer to automatically install and update DirectX 9.0c and below for Windows XP.

DirectX 12 is, however, not supported in any older version of Windows such as Windows 7 and Windows 8. It’s made solely for Windows 10. There is no standalone installer for DirectX 12 as of now. In conclusion, there is no and will not be DirectX 11 download Windows 10 64 bit offline installer.

Description for sharing: This article explains about DirectX 11 download Windows 10 64 bit offline installer, what Windows version it supports and how do you get it.

In most modern Windows 10 laptop or tablet computers, the screen brightness is usually set to be adaptive and automatically adjusted based on changes in ambient light. For instance, if you are in a darker […]

How to Clear Cache (Memory, Browser or Temp Files) on Windows 10

A cache is a collection of files or data that are stored on your computer so that future requests of the same files or data can be served much faster. When we talk about clearing […]

How to Disable Services From Running at Startup on Windows 10

If you want to disable a service from running at startup because you no longer need it or its corresponding program, you suspect the particular service is a malware, or that you don’t prefer it […] 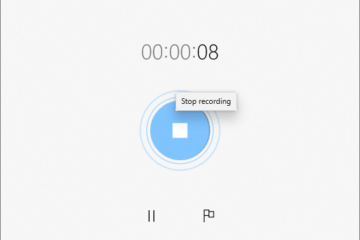 How to Record Voice or Sound From Microphone on Windows 10

Want to quickly record your voice, somebody else’s voice or any audio with your microphone on Windows 10? Here’s a short tutorial on how to do it without the need of installing any software. If […] 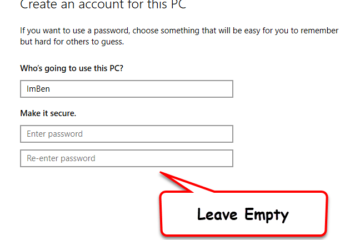